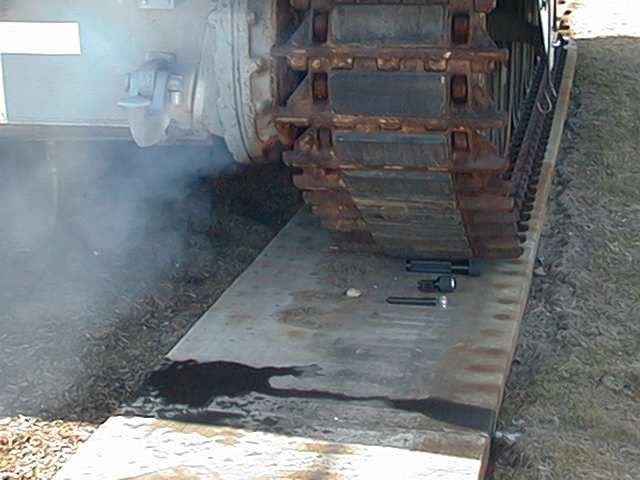 On February 28, Tektite's design and engineering team completed another round of Torcher Testing. See the video below! The goal of this Torcher Test was to subject our flashlights to the extreme weight and pressure of a tank.

After the test, we inspected the flashlights and came to the following conclusions:

- The Excursion LS4 once again demonstrated that it deserves the title of Most Durable Flashlight in the World. It survived the test with only minor scuffs and body scratches.

- The Trek 2/4 demonstrated its extreme resilience to the crushing forces exerted by the 54-Ton Tank. While its ABS body was slightly deformed, it still worked after this test.

- Only one flashlight didn't survive the test; It was still shining, but could not be turned off. However, this prototype model has been redesigned and we fully expect it to pass this Torcher Test next time. That's what testing is for!

Tektite would like to thank Ricky's Army & Navy in Delran, NJ, for all their assistance.

See our EXPEDITION LS4, TREK 4, and TREK6000 EX60 getting hand assembled from scratch.  If you have not seen this episode yet, see Tektite Flashlights being made from scratch on the Discovery Channel "How It's Made".

Or, if you have five minutes, see it below: